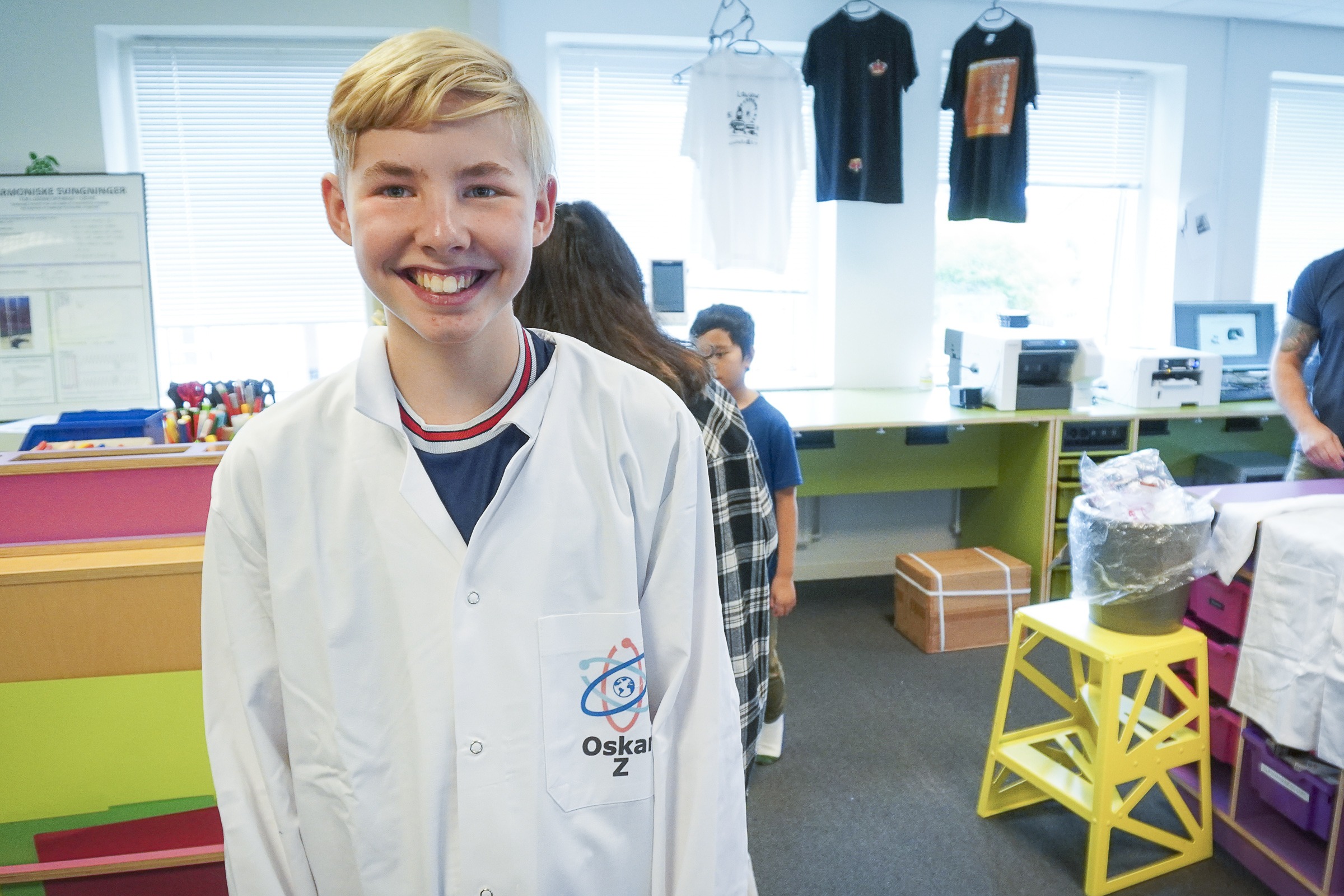 Islev Skole has recently run a unique 3-activities-in-one-day program at TekX that included 2D and 3D design, both virtually and in-real- life. Students had 3 primary tasks: direct-to-garment print their own logo on a lab coat, design a tiny house with LEGO, and design and build in Minecraft VR.

Over the course of 3 weeks, all the 7th grade students from Islev Skole came to TekX to print their own logos on their new labcoats. The students designed vector based logos using Inkscape, and afterwards printed their designs using our direct-to-garment textile printer. 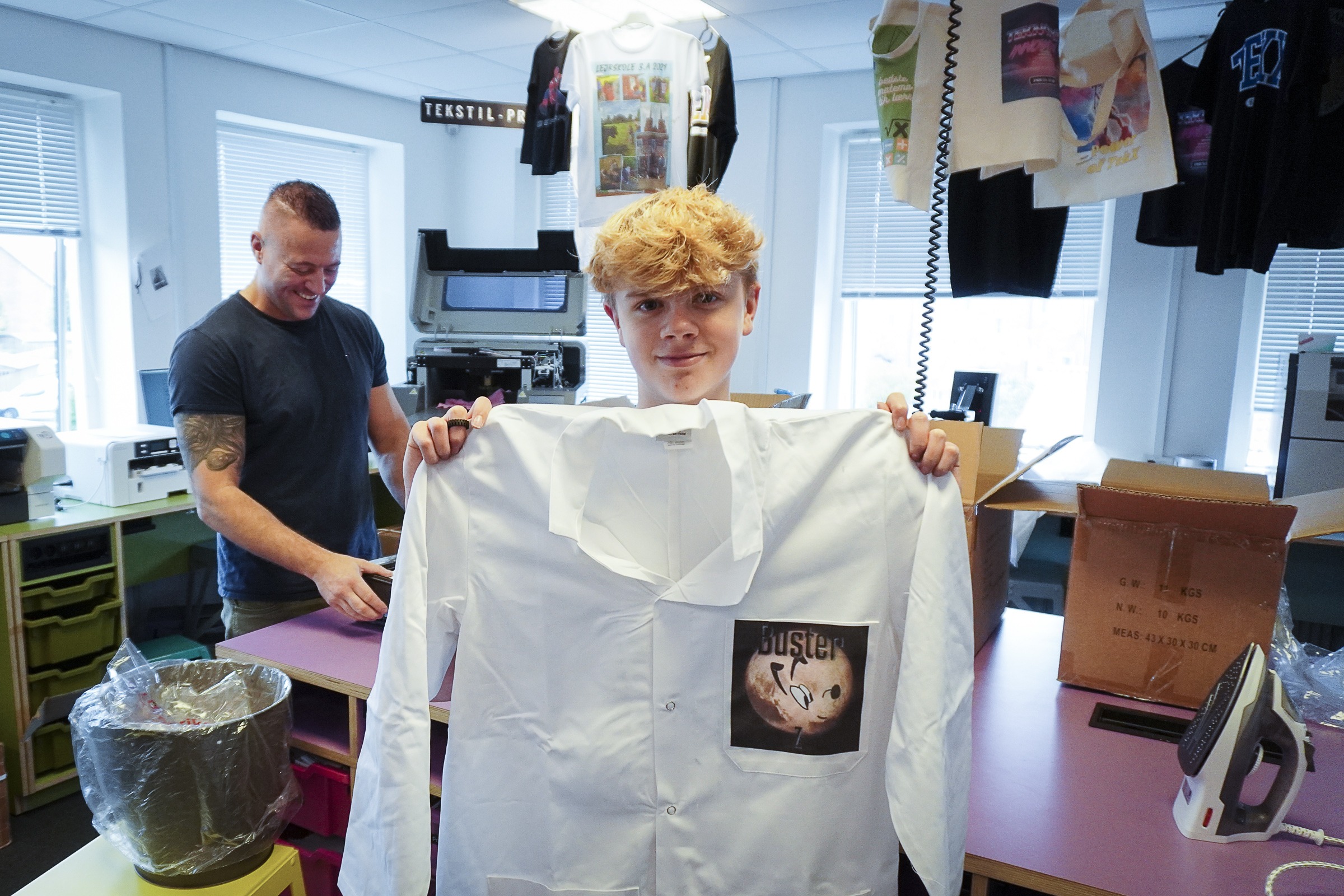 While students waited for their turn to print their labcoats, they also had the chance to try two other really fun activities – LEGO Challenge, and virtual reality.

In the VR area, the students played Minecraft VR, which is a fully immersive experience in the already nearly limitless block-based buidling universe that Minecraft offers. Working in pairs, students took turns building physical models with LEGOs, and then verbally instructing their partners to create a digital version of the same construction in Minecraft.

Meanwhile, yet another group of students took on lite version of LEGO Challenge, with a focus on building modular tiny houses. Students each recieved an 8 x 8 studs plate on which to create a tiny house design that could be stacked vertically and/or horizontally. All students began by breaking down the existing LEGO models and sorting the bricks according to size, color and type. When the sorting process was complete, the students could begin to design their tiny houses. After they completed a physical build, they had to then create a 3d model of their design in Studio 2.0, which is an excellent design program based on the  LEGO system.

At the end of their full day program at TekX, students had a solid experience with 3D design on a PC and in virtual reality, and also left with their freshly printed labcoats in hand. See the action in the photo gallery below!